Time goes by…we all get older. And, the world around us changes. So it is that South Park Works, LLC is making some changes in our business operations. Over the years, myself and my partner (27 years younger and stronger), have developed a business in both firewood and tree & slash removal. We have done well. The basic change we are currently coordinating involves the separation of the firewood business from the tree & slash removal business. South Park Works, LLC (Jim Sohmer) will continue with the firewood business. My partner, Karl Copeman, is taking over the tree/slash removal business as Action Tree Removal (www.action-tree-removal.com) and may be reached at (720) 404-0421. We will continue to be working together on both sides as we have in the past. 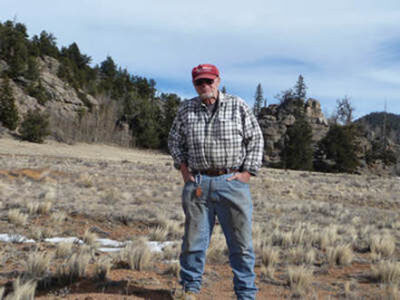 So it was that in 2009, I began a firewood business, under the name “SOUTH PARK SERVICES”.

I have been a resident of the northern area of South Park in Park County, Colorado since 1989.  I retired from interstate trucking early in 2007, and local trucking late in 2008.  I have always loved working with trees and doing firewood in upstate Western New York back in the 1950s.

So it is that in 2009, I began a firewood business here in South Park, Colorado.  It was not long before I was joined by another fellow, heavily experienced in various forestry skills, that led to the development of tree removal services, especially with respect to trees too close to cabins, that were a bit tricky to take down.  We continued to develop through 2016.

Early in 2018, I got re-established as South Park Works, and resuming work with my previous colleague and other old friends.  Doing basically what we had been doing before, we wound up having a good re-start with the business, newly re-named.  I have continued with firewood, however the market seemed to be growing on slash and tree removal.  There has been a growing concern about wildfire prevention and management

My home office is at my Buffalo address.  Our general work area encompasses South Park, North of U.S. Hwy 24, and along U.S. Hwy 285 throughout the County.

We are known throughout the South Park Community for our honesty and integrity.  We are committed to the highest quality service at reasonable prices.  Our bids are straight forward and easy to understand.  We will never leave a job until it is finished and the Client is satisfied.